Skip to main contentYou are browsing Proper’s hemp store. Go back to getproper.com

There are 5-night doses (10 capsules of each) in each sample to allow you time to experience the full benefits and decide which works best for you. 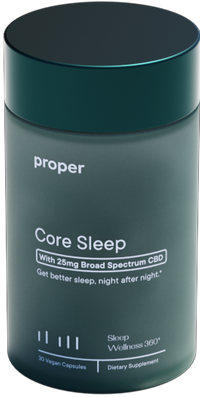 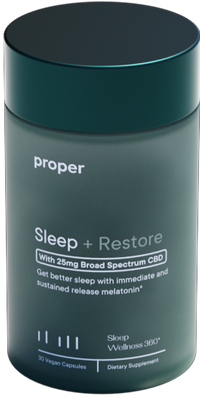 Each product comes with a downloadable Certificate of Analysis (COA) verifying the cannabinoid quantity.

Produced in an FDA-approved facility that is Good Manufacturing Practices and Guidelines (CGMP) compliant.

Non-habit-forming + safe to take as part of a long-term sleep wellness routine.

Discover a different approach to sleep

Our hemp-based supplements are specifically designed to support your sleep.

Developed in partnership with leading PhDs and MDs 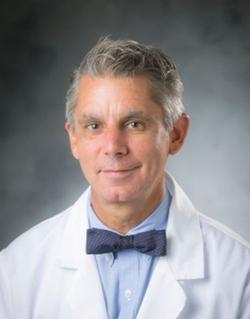 Dr. David Casarett, MD, MA is a palliative care physician, health services researcher, and professor at Duke University. He has authored more than 100 articles in journals including JAMA and The New England Journal of Medicine, and his writing has appeared in Discover, Newsweek, the New York Times, and Wired. He is a recipient of the Presidential Early Career Award for Scientists and Engineers, the highest honor given by the US government to researchers in the early stages of their careers. Dr. Casarett is also the author of Stoned: A Doctor’s Case for Medical Marijuana, published in 2015.

"Proper started with the goal of improving sleep, and then built up a portfolio of formulations that have evidence to support them, including its hemp formulations. That’s a different approach from many other companies in this industry, which often begin with a product they want to sell, like hemp, and then look for a symptom or problem to solve." 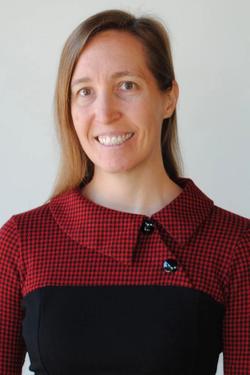 Dr. Alice Hirschel, PhD is Proper's Head Formulation Scientist. She has 19 years of experience working in research and product formulation, with her current role as the Technical Business Director at ABITEC Corporation and her previous position as a Product Development Scientist at GNC. She consults with food, nutrition, and supplement companies in formulating a variety of delivery forms with a variety of active ingredients, developing clinical studies and reviewing scientific literature to support label claims.

"From the beginning, Proper emphasized the need to be science backed, which aligns with my expertise and experience. There are a lot of products on the market that may use clinically studied ingredients, but they may not include the appropriate dose. Proper's ingredients were not only chosen for their clinical studies, but were included at the right dosage to target different aspects of sleep in the sleep cycle."

What is hemp extract?

Hemp is a non-psychoactive compound derived from the cousin of the marijuana plant.

Is it the same thing as marijuana?

Nope! “Cannabis” refers to ALL products derived from the Cannabis sativa plant, while “marijuana” just refers to products containing significant amounts of tetrahydrocannabinol (THC), which is the substance responsible for its mental effects.

Yes. Hemp can be legally cultivated, processed, and sold across the country if the THC level is at or below 0.3%.

Words from the well rested... 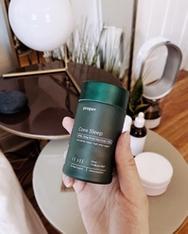 I have been taking the Proper's hemp supplement consistently, and have been upping the dosage on nights I know I need more - and I ABSOLUTELY notice a difference. Thank you for creating a product that WORKS 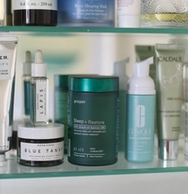 I'm thankful that this doesn't knock me out - it helps me fall asleep peacefully without tossing and turning. No unnecessary filler type ingredients, just the stuff that packs a punch! Appreciate that its made in the US and you can order refills without more bottles in landfills! 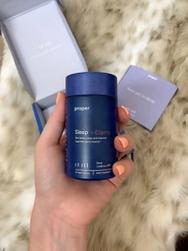 I haven't slept past 3 am in months. With Proper, I fell asleep immediately and woke up at 7:30 am ready to party.

Cryogenic Extraction
Cannabinoids are extracted from hemp using an ultra-low temperature extraction process to specifically target the key components of the hemp plant.

Distilled for Potency
After extracting the cannabinoid oil, it is sent through a distillation system designed to enhance potency and clarity—producing a honey-colored, broad-spectrum distillate.

THC Removal
The distillate is then either sent through our proprietary THC removal processes to ensure compliance with federal regulations. 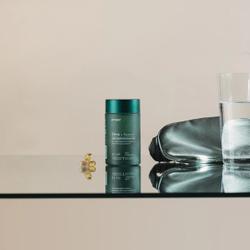 A commitment to quality

Seed-to-Shelf Traceability
Vertically-integrated Oregon-based hemp source that allows for quality control at each stage of the process: from hemp genetics and sustainable farming techniques to extraction and distillation.

Rigorously Tested
Broad spectrum hemp extract that's tested five times throughout the process, from the seed to the field to ensure that it is free of all contaminants, such as heavy metals and pesticides. Then tested three more times: after harvest, extraction and distillation to confirm cannabinoid levels.